With the pillars of Zhangjiajie behind us we continued our drive towards the north of China.
We were interested in seeing one of the large engineering marvels of China, the Three Gorges Dam.
Unfortunately due to the long drive we did not have much time and the only close up viewings we available exclusively through long bus tours, but we got to observe this very large piece of concrete from a nearby bridge. 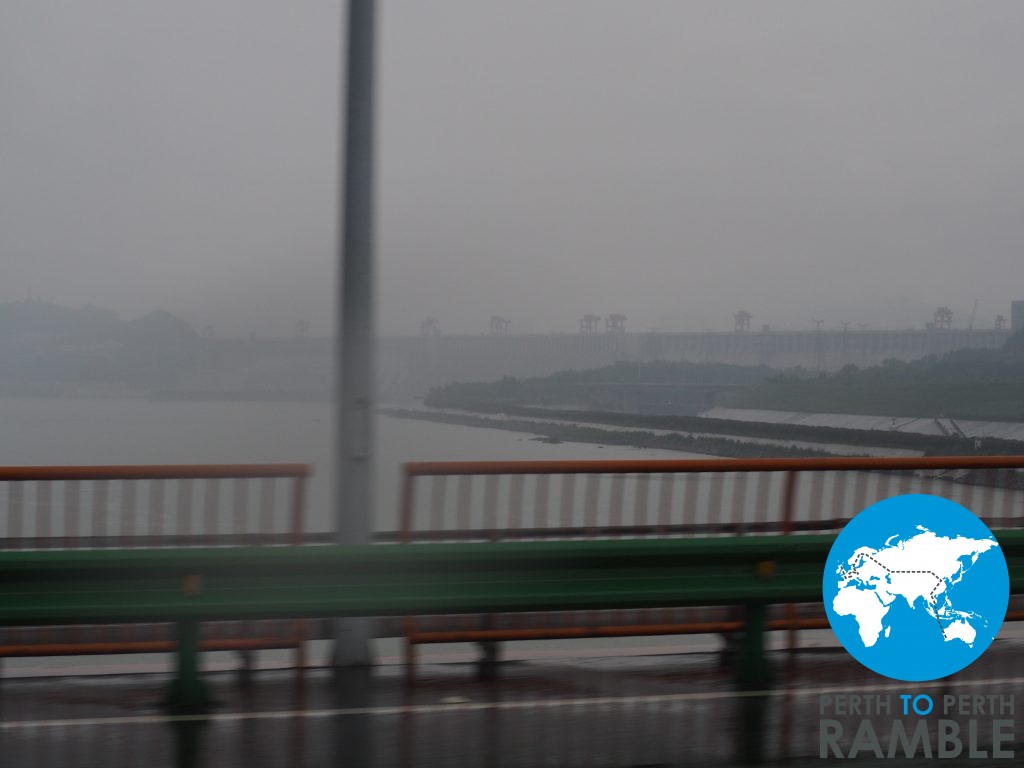 Our next stop was the major city of Xi’an. We were looking for accommodation when our car suddenly lost all power on a major road. The winch had short circuited, running amok with our electrical systems cutting the engine. We pushed OLIVER to the side of the road, isolated the winch and managed to jump start the car with our second battery.

In Xi’an we found a popular restaurant which we believe is the Nando’s of China. They recommended a large 4 person meal for us which turned out to be a bowl of noodles, soup, different types of tofu, vegetables and chicken. It was very tasty but defeated us with the amount of food it contained!
In Xi’an we checked out the Big Goose Pagoda which housed many Buddhist artifacts and also has a synchronised fountain show out the front.
We also saw the Drum tower and Bell Tower. The Drum is sounded at dusk and the bell is sounded in the morning, these were used as indicators of time for the city.
We also took this time to cycle the city walls, it’s a fun cycle and was a novel way to experience see the city.
Just outside Xi’an we saw the famous Terracotta Warriors which are inside the Mausoleum of the First Qin Emperor who united China. These warriors were built to protect the emperor inside his tomb. We went on a guided tour with a volunteer around the complex but we felt the tour was a bit too fast and the area itself is very commercialised with a large number of shops, restaurants and souvenir stands.

During lunch one of our convoy members Dennis brought up there was a famous mountain path called Hua Sua or the “death walk” nearby which sounded great so we came up with a plan to climb up the mountain camp overnight and attempt it in the morning. so we quickly packed a bag and headed to the base of the mountain.

We took the cable car halfway and then began the fairly steep stair walk to the peak. the walk was very challenging including some almost vertical sections, on the way up we met some Chinese who it became apparent did not like foreigners. After some very heated words between Leo and the man we ascended to the top to find a hostel perched next to the North peak, we asked where we can camp and were informed we were allowed to camp on the roof of the hostel for free, it gave a new meaning to the term, roof top tent.
We woke up nice and early to see the sunrise and walked over to “the most dangerous walk in the world” which is a walk on planks sitting on pegs set into the face of the cliff. It was certainly an exhilarating start to the day!
We walked down and took a ride on the cable car back to the base of the mountain and got into the car to drive onto our next destination Pingyao. 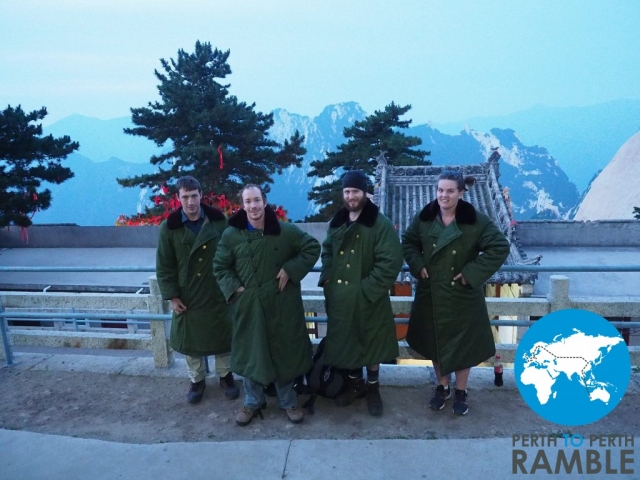 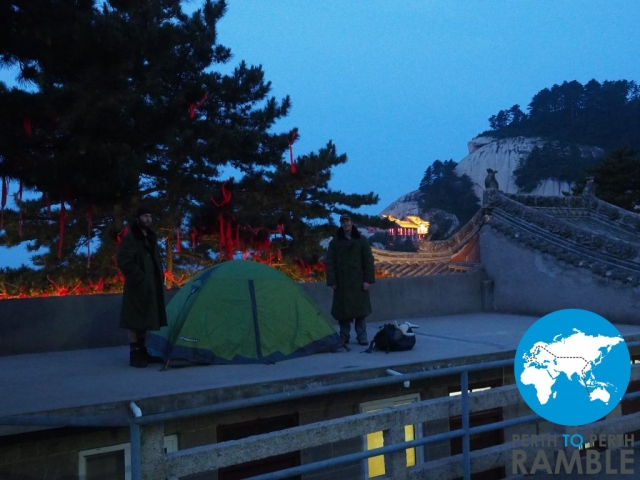 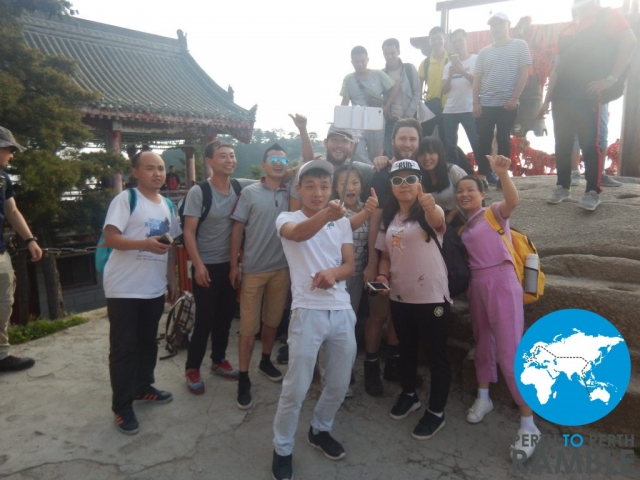 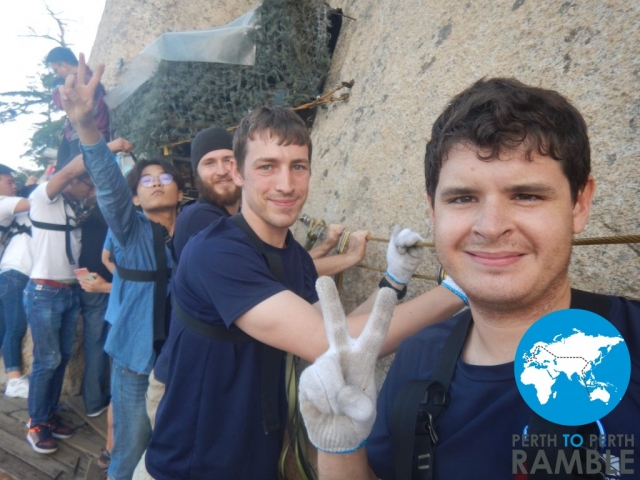 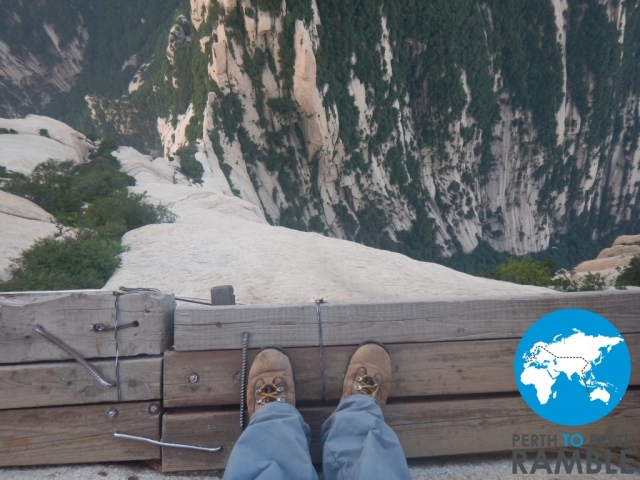 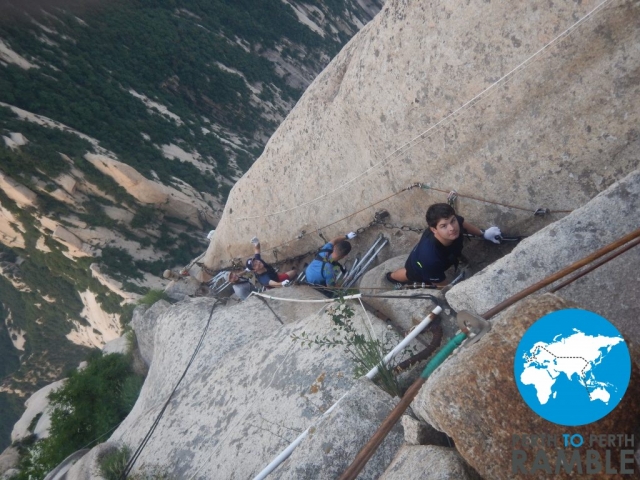 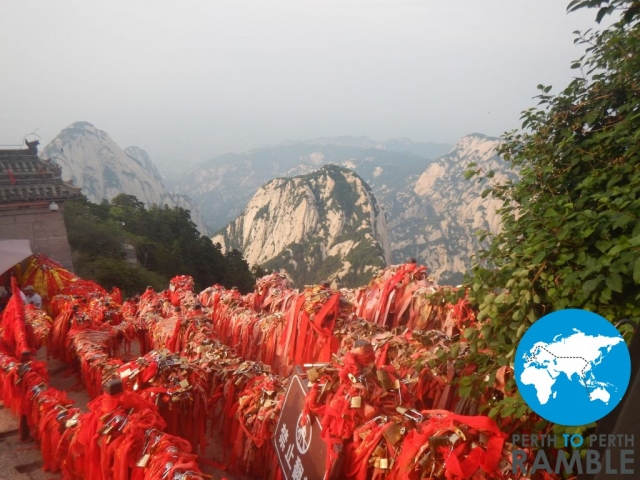 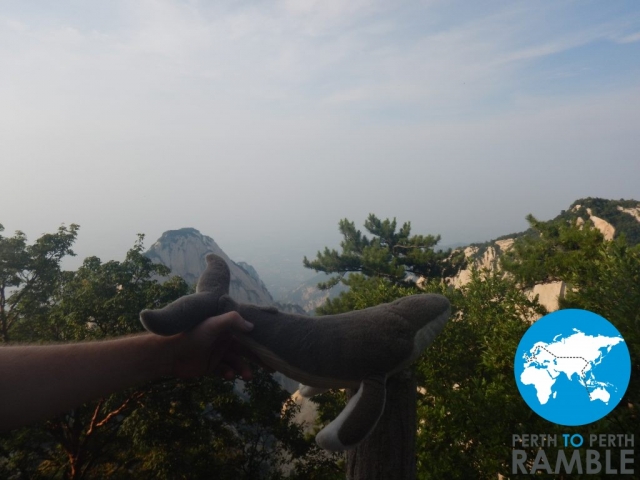 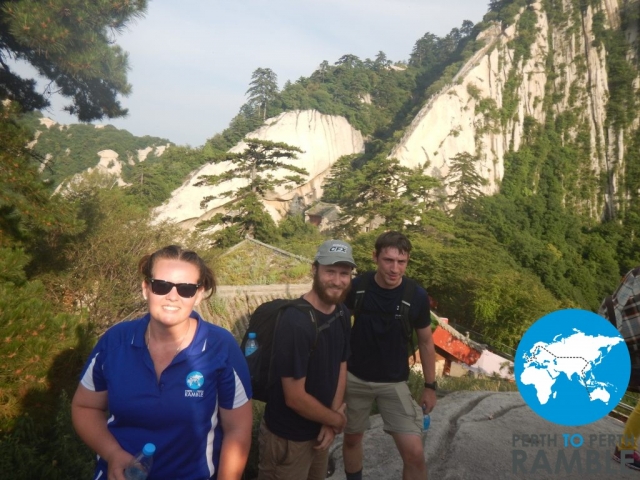 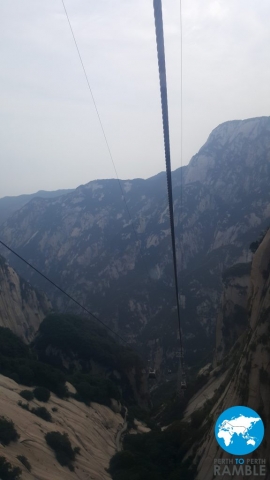 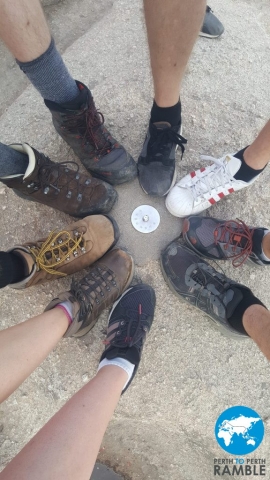 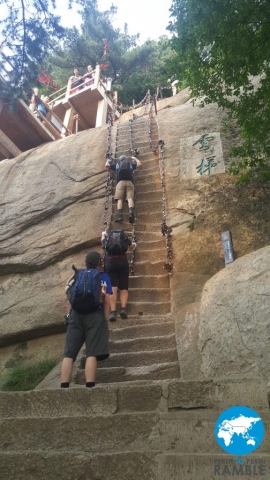 Pingyao has a unique old town as they do not allow cars to drive in so it has retained a number of the old streets and buildings.
Our next stop was Hanging Temple, which is a temple just outside Beijing that combines the three major Chinese faiths, Buddhism, Taoism and Confucianism. It is amazing to weave around the tight corridors and duck under the low roofs of this building. The wind even vibrates the beams as the wind blows past. We are grateful to have the opportunity to see this landmark as we have heard that it may be closing to the public soon.
We camped nearby with the rest of our convoy before heading off the next day to the capital of China, Beijing.
Comments are closed.